If you haven't had a pile of pipe and fittings to play with before, it's hard to see what is so cool about a plain, plastic pipe.  All it does in the house is carry the poop away.  Really, who cares?

It's hard to even decide where to begin here.  The first chance I personally had was when I was young.  I knew a kid who had a whole bunch of pipes, fittings, sheets, clips, wheels and so on.  It was like a giant K'Nex set.  The difference for us, as kids, was that we could make a toy car that we could actually scoot around in. 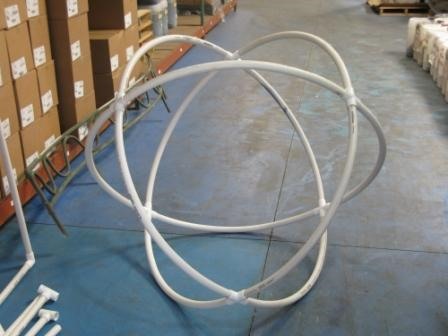 I'm not going to say that that is the foundation for my belief in adult life that this material has something to offer us.  It was just the thing that had my guard down about it.  I was not only familiar from childhood on, I had had pleasant experiences with the stuff already.  Life moved on, and through the building trades, I've had the stuff making its way into my life on a regular basis.  Of course, during that time, the pipe really was only for poop and dirty dish water.

Later on, about a year ago, I got mixed up with a guy who is completely obsessed with the stuff.  He is convinced that this material can change the world.  I'm starting to be convinced, too.

Water is getting to be scarce.  It doesn't seem like it because we open the tap and the water flows out.  We are depleting and poisoning the aquifers that supply us, though.  Fossil fuels are outdated, but they are the standard due in part to a complex food logistics chain that has production very far from the point of consumption.

And that, believe it or not, can be relieved by dropping a few bends in some plastic pipes.

We've been using PVC pipe to build greenhouses that have watering integrated into the framing, which saves both space and time.  We're working off of that idea in a few directions, some of which I'd like to collaborate with people on here.  One of the things we're working on is a fully automated, self contained, self-heating, self-lighting, self-watering plant habitat to make it through winters in harsh climates.  Another thing is a wall-mounted or hanging self-contained plant habitat.  We'd like to make gardens that can hang on your wall as a living picture, and we'd like to make hanging installations for people who don't even have the wall space. 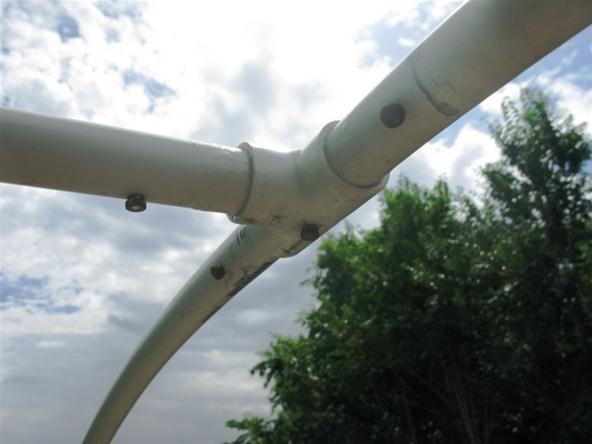 As these projects unfold, I'll keep you posted.

The big thing I like about PVC is that it is cheap and easy to work with by yourself.  I am interested in designs that don't need to be bought as a kit or assembled by a contractor.  I want to design things that we can teach people to build in developing countries and poverty stricken areas here in the United States.  With very simple tools, people can take a little power back.

Fascinating ... are you planning on create How-To articles/projects?

yeah. we were looking at what would happen if you duplicated a single 90 degree bend and connected them together at every available point of contact where they'd all face each other.

I love how cheap pvc pipe is too

It's a spherical octahedron! Pretty cool how triangles layed out like this on a sphere have 270 degrees instead of 180. Alright, I want to see a dodecahedron. :)

once i get the time and materials together, i'll do the knots and dodecahedron. It might be trouble making a twenty sided figure unless the pieces still come together in groups of 4. If not, I'll try the icosatetrahedron because that should be divisible by 3 and 4

Ah. Hadn't thought about the problems with connecting the pipes up...hmmm. Connectors of the right type would be important. It would be cheating in some sense to have non-pvc elements I suppose.

i could still flatten out the ends and use bolts to fuse them, I just like standard pipe fittings. There are some pretty weird manifold type fittings available, though, so i know i can figure it out. the trick is always the math. What works on paper involving calculus sometimes is off during empirical validation. Oh, well, that's the fun of it, really.

mwaa ha ha! you've done the hard part for me!