You're never going to see a project from me that involves straight pipe. You would have when I was a kid, but after too many years in the construction industry, I need to see a good finish.  If the project doesn't look slick, I don't want to say I did it.

I have to say right off hand that there's not any REAL how-to information in this post.  I just want to show what happens if you allow a little free-form creativity to happen when you're working with PVC pipe.  Nothing truly useful was made in this process, but the concepts for some really cool things all came out of this little adventure.  It really is worth it to creatively wander when you know you have a larger project vision.  At times, if you step away from what you're doing and just screw around with your materials, you will learn key points that will help you do what you're really trying to do.

PVC was designed by committee to be heated, reshaped and cooled back down to its original strength and rigidity.  THAT is the fact that has had me buzzing in recent months.  There are about a million projects out there that serve perfectly useful functions, but they just don't look that great.  The tinker toy look is great for kids, but after a certain age, if you're not into building with the stuff, you're probably not into looking at the finished products, either.

What follows here is a demonstration of what just one curve can do.  To begin with, I cranked out a bunch of pieces that were all a 90-degree curve that both rose and ran 25 inches. 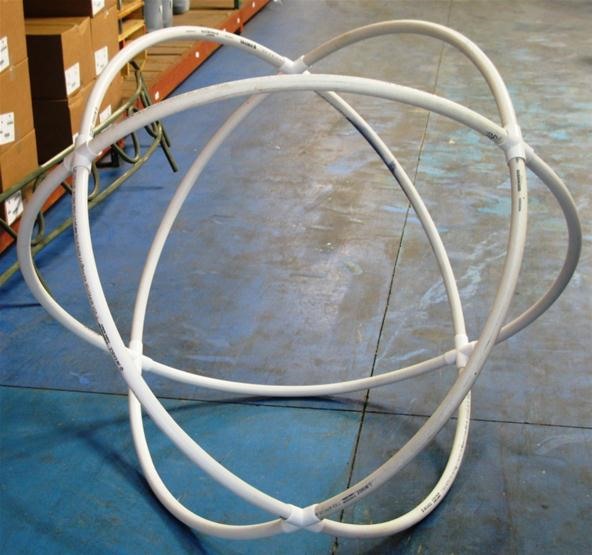 I wanted to see if the equator curve on a sphere was the same as any longitudinal curve.  Mathematically, this was obvious; I just wanted to empirically validate it.  I've framed a lot of houses, and one thing that I was never able to do was to frame a dome.  I'd gotten so used to dealing with straight lines and angles that even though I could do complex calculations on the fly, I could see no method other than the geodesic dome to accomplish this.  With a small dome, though, it wouldn't take more than a framing member on each 90 degree point to be structurally sound. 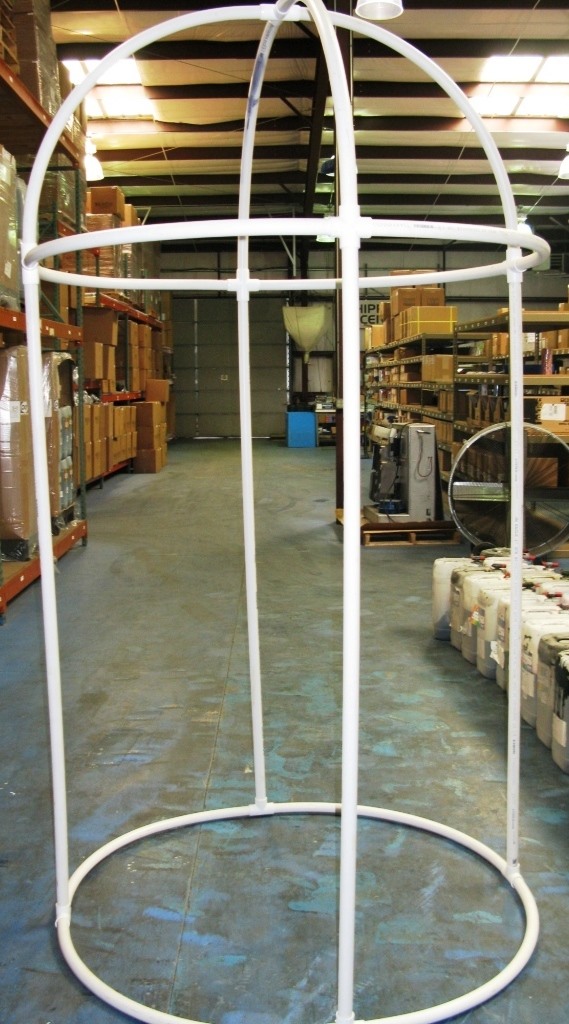 This little mini-pantheon could easily function as an outdoor shower at an event like Burning Man.  Every curved piece on the structure is identical to every other, and that caused this whole play session to keep evolving.  These last two pictures were me answering about a million questions for myself.  Of course, this led me to keep messing around. 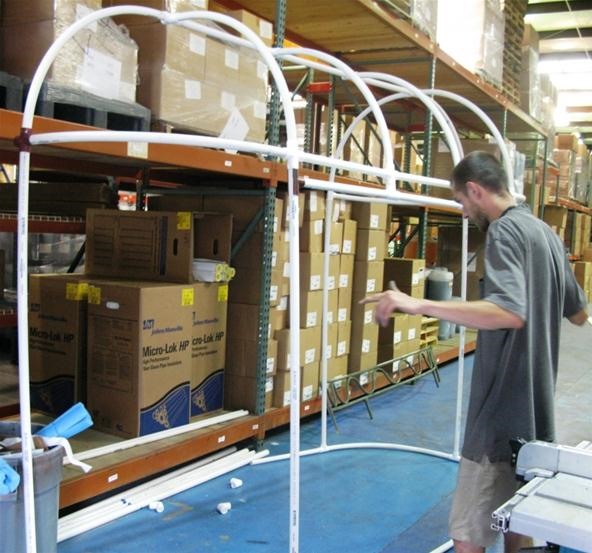 This is the "Hmmmmmmmm," phase.  Lemonade stand?  Playhouse?  Hmmm.  My son is too young, but I want to design a world for him where he can be creative on a large scale if that's what he wants to do.  That's my excuse, anyway.  The thing to keep in mind here is that every curved piece on this is still identical. 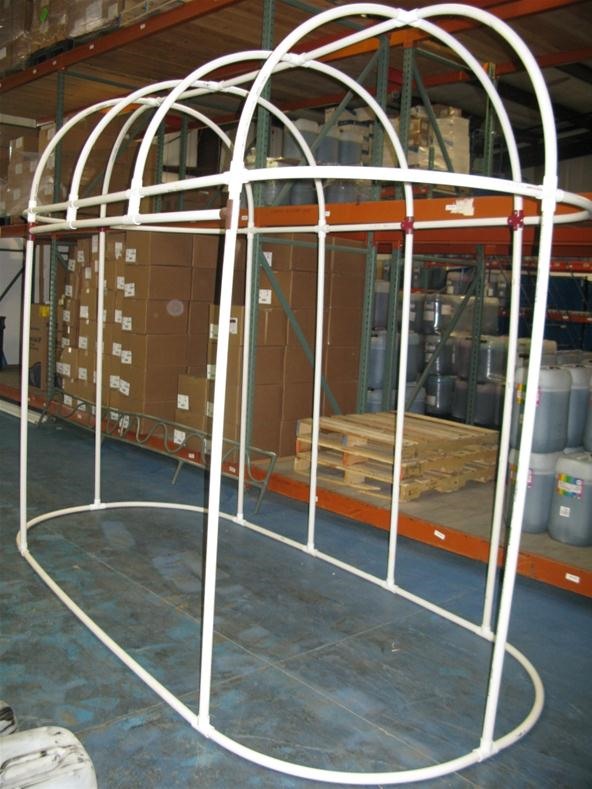 OK, OK, it's a house.  No, that's not gonna work.  It's a...   Booth.   OK, anticlimax, yes; useful, though?  Sure.  Somehow.  Got all the rafters ran, got the edges in place, sole plates and top plates on the walls are perfect matches.  The studs are a little wonky, but the sheathing will take care of that when the time comes. 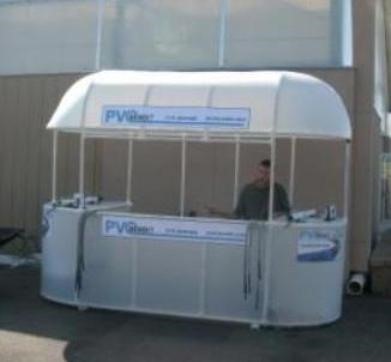 So, here it is.  The booth.  I got talked into taking this set up to the Colorado Springs Flea Market to try to sell misting archways.  It was a terrible idea.

In the near future, I'll do a side by side run-down of a few different methods for bending PVC.  I'll say that I have my preferences, but there is more than one way to do it.  Your personal thoughts about your health, the environment and what you actually want to do will help you decide what the best way is for you.

Im working on a haunted house and came across your site looking for ideas. I want to build a couple cages and pvc looks like the way to go. The only thing im curious about is how do you get the PVC to bend the way you do?