There's a ton of videos on the web of musicians playing homemade PVC instruments, but I just recently stumbled upon the impressive work of PVC pipe player Kent Jenkins, aka Snubby J. His most recent video features a duet with his faux-twin, playing "Wizards in Winter" by the Trans-Siberian Orchestra.

Turns out, he's been a PVC maestro for awhile now and even auditioned for his inspiration, the Blue Man Group, at the age of seventeen. Though he wasn't picked, they saw potential in him and asked him to come back after going to college, and I can certainly see why.

He also appeared on last season's America's Got Talent.

He's been uploading videos of himself playing his homemade PVC instruments for years now, sometimes even in full "blue" makeup, and frequently with his fake twin brother. He performs a wide range of music selections, from Mozart to Lady Gaga—and even the Angry Birds theme song.

He's got a few homemade PVC instruments, his original one at home and his newest one that he uses at college, previously called PVC 2.0, pictured below. To make it easier to identify, he's renamed his PVC instruments as RimbaTubes. 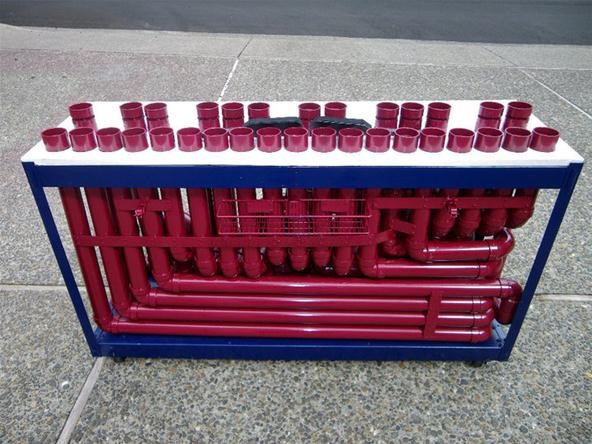 If you're interested in building a similar PVC instrument, it will cost you around $100 for all the PVC pipe lengths, as illustrated in the graph below created by Matthew Linehan, which Jenkins shared on his Facebook fan page. But… the total cost of Snubby J's new instrument cost close to $1,000 when it was finally completed, and his previous one ran a little cheaper at $300. 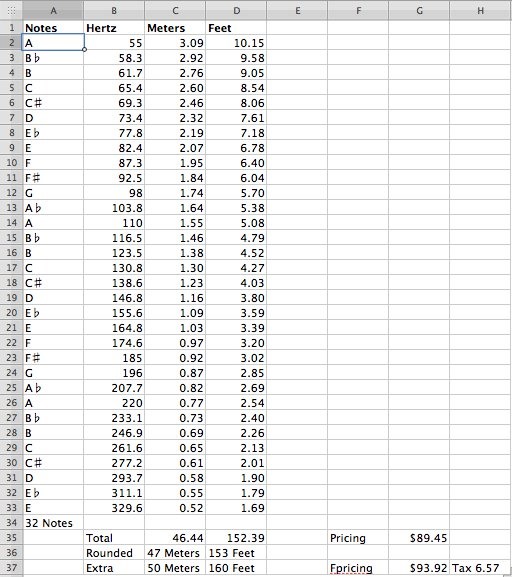 Also, for the actual construction, Jenkins and his father used Nate True's instructions for building a PVC instrument as a basis for their versions; it's a very thorough explanation of the construction, from planning, to building, to playing.

Here's one last video showing his skills on everything from "In the Hall of the Mountain King" to "The Final Countdown". Amazing. You can see the rest of his videos on his YouTube Channel, where he's "Putting the Tube back in YouTube".

Dude this is awesome, glad to see you made wonder how to front page!

I think it's cool!

Hey this is great but why did you not sell this PVC Instrument?

I am looking for the instructions. I have a company willing to build this for my students with autism but I need printed instructions for them to follow.